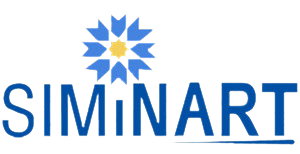 Moss Agate contains sets of mineral inclusions that imitate the looks of trees, plants, and landscapes. Some moss agate inclusions are composed of manganese and iron oxide and are one of the most unique Agates available.

Known by some as a “birthing” crystal that can assist midwives in their work, Moss Agate is a stone of new beginnings, and promotes release from old habits.  Moss Agate also attracts wealth and abundance, improves self-esteem, and helps to release fear. Moss Agate also comforts and soothes emotional wounds. Use Moss Agate to balance the Heart Chakra when releasing stress. Moss Agate helps with depression, especially when caused by brain imbalances.

We’re gathering the best arts of Persian artists to bring joy and happiness to your daily life. Our job is to make your appearance better than before. We have a friendship based on trust and international credits.